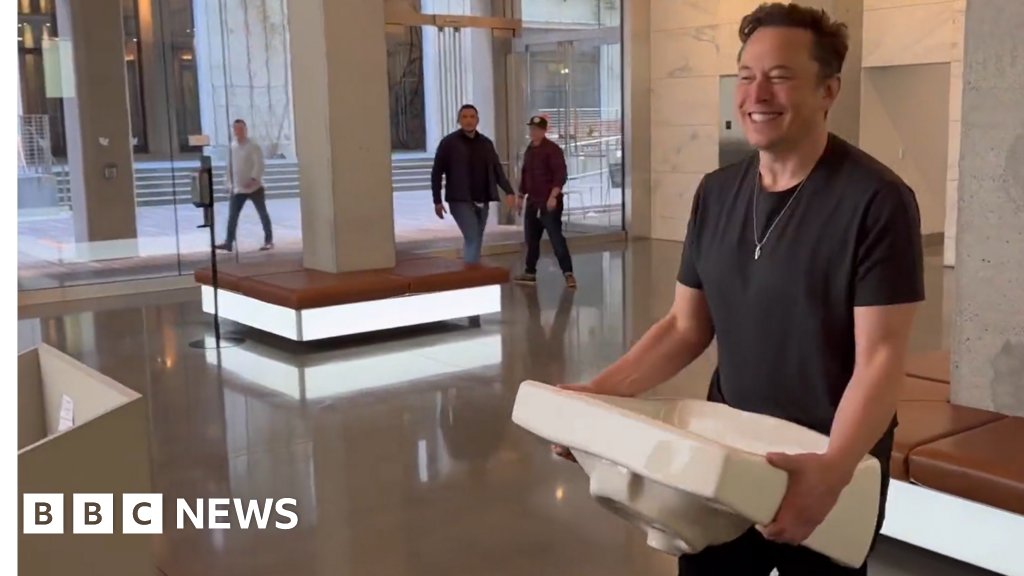 Musk’s confirmation that he had taken control Thursday — changing his bio to “Chief Twit” while celebrating that “the bird is freed” — was widely cheered by conservatives hoping for an end to the platform’s censorship of key news like The Post’s Hunter Biden exposes.

But it also triggered alarms on the left, with some saying it was “an emergency” and “apocalyptic.”

“It’s like the gates of hell opened on this site tonight,” insisted Washington Post columnist Taylor Lorenz. Taylor surely does not see the irony in her statement working for Jeff Bezos who owns the Washington Post…

The former New York Times reporter — who came under fire for doxxing the anonymous “Libs of TikTok” account — insisted her tone was justified because she immediately started “getting more rape threats in the DMs than normal.”

“But can’t log off and miss the chaos!” she admitted.

Journalism professor Jeff Jarvis had called the takeover an “emergency,” saying: “Twitter is to be taken over by the evil Sith lord.”

“The sun is dark,” he later wrote while tweeting news that Musk “completes Twitter takeover and fires top executives.”

“Nearly every American media institution is now openly right-wing or obsessed with giving reactionaries the benefit of the doubt. What’s the case for optimism about the next decade at this point?” he asked.

Almost as soon as news broke that Musk was in charge, many predicted the site’s impending demise.

“There is, both inside and outside the company, an apocalyptic feel to the ordeal,” Charlie Warzel insisted in The Atlantic.

“Musk very well could kill Twitter out of malice or hubris, or through calculated, boneheaded decisions” — or plain old “neglect,” he wrote soon after the Tesla mogul took over.

Forbes sustainability senior contributor Dave Vetter asked his nearly 10,000 followers: “After Elon has demolished Twitter, where will you go?”

He insisted Musk’s free-speech policies could only mean that the platform will be “swamped by Nazis, Pepes and other invertebrates.”

He insisted that if Musk “does what he says he wants to do, I don’t see how Twitter will continue to function.”

Uproxx writer Mike Redmond warned his followers about how “quickly this whole site is about to go down.”

“It’s a miracle flames aren’t shooting out of it already,” he tweeted.

“Fast Politics” podcaster Molly Jong-Fast responded to Musk’s tweet that “the bird is freed” with a meme showing a bird instead slamming into a glass window.

“Can someone make a new Twitter or is this a very stupid question?” she also asked.  Turns out it is a very STUPID question!

Many also hoped that the top execs immediately fired by Musk would start their own Twitter 2.0.

Others praised Vijaya Gadde, Twitter’s top legal and policy executive — whom Musk criticized for blocking The Post’s Hunter Biden coverage and who made the decision to permanently ban then-President Donald Trump.

“People do not realize how much @vijaya did for free speech,” Techdirt editor Mike Masnick claimed of the censorship-happy fired exec.

“Twitter is less of a free speech platform without her.”

Jarvis, the journalism professor, also angrily went after outlets that called the firings “cleaning house,” tweeting that Musk was “purging the company of responsible adults with expertise and experience.”

Some celebrated Musk’s free-speech policy to take childish digs at him.

Fox News host Greg Gutfeld noted the irony of many using Musk’s own site to launch the kind of attacks he was open to them having.

After flashing up some examples of over-the-top responses, Gutfield said: “They said that on Twitter, so they should thank him for their free speech, the ingrates.”

He said it was not a surprise that it “wasn’t long before liberals melted down,” while insisting that it also left “Twitter employees [drowning] in their tears.”

CNBC contributor Alex Kantrowitz also noted the irony, writing: “Where were you when Elon Musk bought Twitter? On Twitter of course.”

Others wittily noted that many of the best things in life are not always sanitized.

Why would I leave Twitter? It’s like living in NY and not taking the subway,” Silicon Valley exec Dave Winer tweeted.