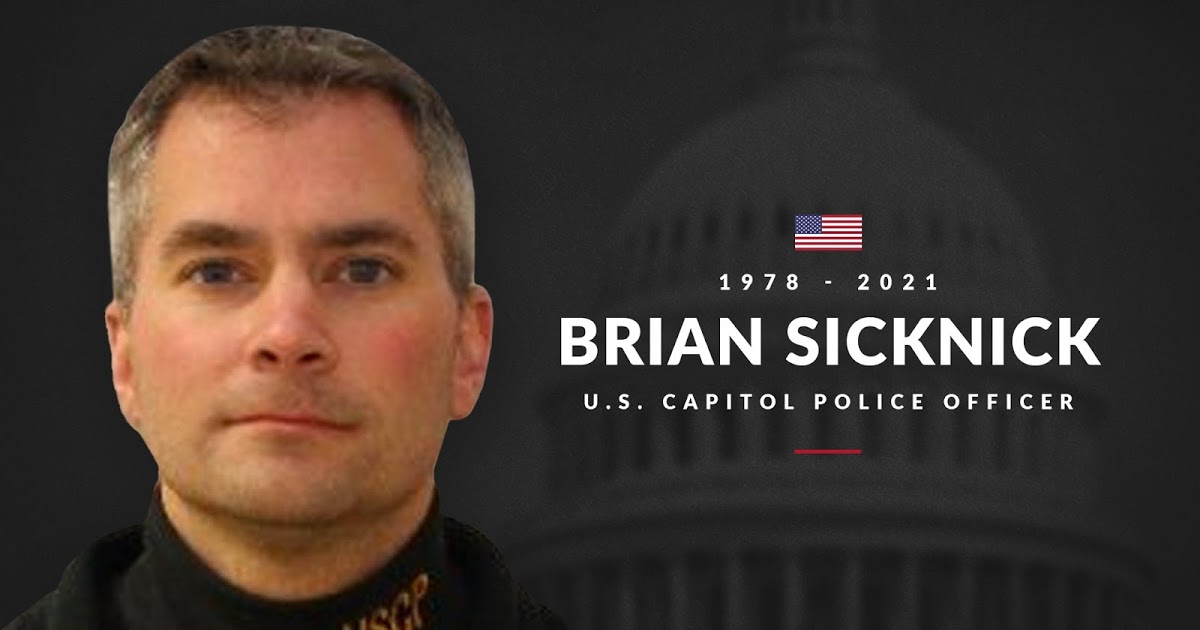 The Media Lied Repeatedly About Officer Brian Sicknick’s Death. And They Just Got Caught.

Just as with the Russia Bounty debacle, they will never acknowledge what they did. Their audience wants to be lied to for partisan gain and emotional pleasure.

It was crucial for liberal sectors of the media to invent and disseminate a harrowing lie about how Officer Brian Sicknick died. That is because he is the only one they could claim was killed by pro-Trump protesters at the January 6 riot at the Capitol.

So The New York Times on January 8 published an emotionally gut-wrenching but complete fiction that never had any evidence — that Officer Sicknick’s skull was savagely bashed in with a fire extinguisher by a pro-Trump mob until he died — and, just like the now-discredited Russian bounty story also unveiled by that same paper, cable outlets and other media platforms repeated this lie over and over in the most emotionally manipulative way possible. Just watch a part of what they did and how:

As Glenn Greenwald in substack detailed over and over when examining this story, there were so many reasons to doubt this storyline from the start. Nobody on the record claimed it happened. The autopsy found no blunt trauma to the head. Sicknick’s own family kept urging the press to stop spreading this story because he called them the night of January 6 and told them he was fine — obviously inconsistent with the media’s claim that he died by having his skull bashed in — and his own mother kept saying that she believed he died of a stroke.

But the gruesome story of Sicknick’s “murder” was too valuable to allow any questioning. It was weaponized over and over to depict the pro-Trump mob not as just violent but barbaric and murderous, because if Sicknick weren’t murdered by them, then nobody was (without Sicknick, the only ones killed were four pro-Trump supporters: two who died of a heart attack, one from an amphetamine overdose, and the other, Ashli Babbitt, who was shot point blank in the neck by Capitol Police despite being unarmed). So crucial was this fairy tale about Sicknick that it made its way into the official record of President Trump’s impeachment trial in the Senate, and they had Joe Biden himself recite from the script, even as clear facts mounted proving it was untrue.

Because of its centrality to the media narrative and agenda, anyone who tried to point out the serious factual deficiencies in this story — in other words, people trying to be journalists — were smeared by Democratic Party loyalists who pretend to be journalists as “Sicknick Truthers,” white nationalist sympathizers, and supporters of insurrection.

For the crime of trying to determine the factual truth of what happened, my character was constantly impugned by these propagandistic worms, as was anyone else’s who tried to tell the truth about Sicknick’s tragic death. Because one of the first people to highlight the journalistic truth here was former Trump official Darren Beattie of Revolver News and one of the few people on television willing to host doubts about the official story was Tucker Carlson, any doubts about the false Sicknick story — no matter how well-grounded in truth, facts, reason and evidence — were cast as fascism and white supremacy, and those raising questions smeared as “truthers”: Glen Greenwald was the only liberal reporter with the guts to publish the truth and he as attacked with the usual dreary liberal insults for trying to coerce people into submitting to their lies:

Because the truth usually prevails, at least ultimately, their lies, yet again, all came crashing down on their heads on Monday. The District of Columbia’s chief medical examiner earlier this morning issued his official ruling in the Sicknick case, and it was so definitive that The Washington Post — one of the media outlets that had pushed the multiple falsehoods — did not even bother to try to mask or mitigate the stark conclusion it revealed:

The first line tells much of the story: “Capitol Police officer Brian D. Sicknick suffered two strokes and died of natural causes a day after he confronted rioters at the Jan. 6 insurrection, the District’s chief medical examiner has ruled.” Using understatement, the paper added: “The ruling, released Monday, likely will make it difficult for prosecutors to pursue homicide charges in the officer’s death.”

This definitive finding from the medical examiner not only rids us of the Fire Extinguisher lie but also the second theory to which these media outlets resorted once they had to face the reality that they spent weeks spreading an outright lie (needless to say, they provided no real accountability or even acknowledgement for the fact that they did spread that Fire Extinguisher tale, instead just seamlessly moving to their next evidence-free claim). They changed their story to claim that pro-Trump protesters still murdered Sicknick, not with a fire extinguisher but with bear spray, which video shows at least one protester using in his vicinity.

The problem with that theory is that bear spray is not usually fatal, and the medical examiner’s findings ruled out the possibility that this is what caused his death:

In an interview with The Washington Post, Francisco J. Diaz, the medical examiner, said the autopsy found no evidence the 42-year-old officer suffered an allergic reaction to chemical irritants, which Diaz said would have caused Sicknick’s throat to quickly seize. Diaz also said there was no evidence of internal or external injuries….

Diaz said Sicknick suffered two strokes at the base of the brain stem caused by a clot in an artery that supplies blood to that area of the body. Diaz said he could not comment on whether Sicknick had a preexisting medical condition, citing privacy laws.

So there goes that second fairy tale. The Post did note the medical examiner’s observation regarding Sicknick’s participation in defending the Capitol that day that “all that transpired played a role in his condition.” That of course is true: just as it is true for the two pro-Trump supporters who had heart attacks that day and the other pro-Trump supporter who died from too much amphetamine in her system, having a stressful encounter as a police officer likely played a role in why someone would have two strokes the following day. But police officers are trained for stressful encounters, and that obviously is a far cry from being able to claim that any pro-Trump supporter murdered Sicknick.

Glen Greenwald says he will have much more on this story as it unfolds. A significant amount of media accountability is warranted. But you’re seeing why there is so much resentment and so many attacks on platforms like this one that permit journalists to report and analyze facts and dissect media narratives without being constrained by liberal orthodoxies and pieties and while remaining immune from liberal pressure tactics: it’s one of the few ways that real dissent to their lies and propaganda can be aired.

Truth matters. Noble lies are never justified no matter the cause, especially in journalism. But these employees of corporate media outlets have been taught the exact opposite model: that their primary obligation is to please and flatter the partisan agenda and political sensibilities of their audience even if it means lying or recklessly spreading unproven theories to do it. That is their profit model. And they have trained their audiences to want and expect this and that is why they never feel compelled to engage in any self-critique or accountability when they get caught doing this: their audiences want to be lied to — they are grateful for it — and would prefer that they not admit they did it so that their partisan interests will not be undermined.

What is most depressing about this entire spectacle is that, this time, they exploited the tragic death of a young man to achieve their tawdry goals. They never cared in the slightest about Officer Brian Sicknick. They had just spent months glorifying a protest movement whose core view is that police officers are inherently racist and abusive. He had just become their toy, to be played with and exploited in order to depict the January 6 protest as a murderous orgy carried out by savages so primitive and inhuman that they were willing to fatally bash in the skull of a helpless person or spray them with deadly gases until they choked to death on their own lung fluids. None if it was true, but that did not matter — and it still does not to them — because truth, as always, has nothing to do with their actual function. If anything, truth is an impediment to it.