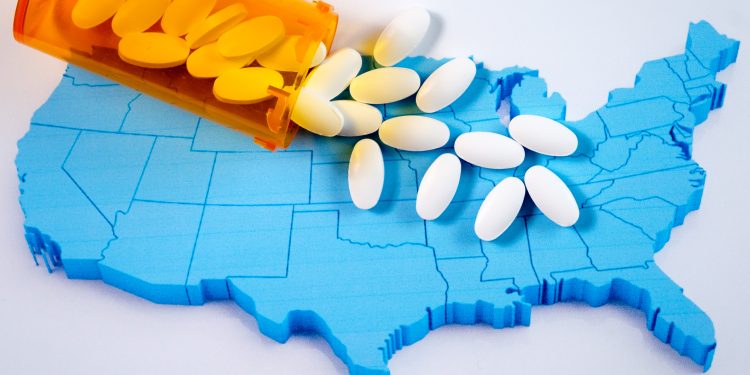 The last few years have ushered in significant progress on the opioid crisis containment front. Acknowledging decades-long misinformation shortfalls, negligence, and improper prescribing patterns, the healthcare industry took important steps on national and state levels to get out in front of devastating statistics.

A March 2020 report suggested the needle was finally pointing in the right direction. The Centers for Disease Control and Prevention (CDC) reported a 13.5% decrease in opioid overdose deaths from 2017 to 2018.

Unfortunately, that report was quickly overshadowed by the global pandemic that brought the nation to its knees. Opioid misuse, like many other critical healthcare priorities, took a back seat to COVID-19. The fallout is notable. A recent analysis points to a spike in opioid overdose cases by 18% since the start of the pandemic.  Across the United States, as the COVID-19 pandemic has collided with the substance use epidemic, experts worry about the vast numbers of people who may be suffering from the impact.

It’s not just overdose rates that have many across the industry concerned about the current state of the opioid epidemic. Public health officials also report a surge in relapse rates due to limited access to treatment. More than 20 million people in the United States have a substance use disorder. Now, COVID-19 has left many locked down, laid off, and flooded with uncertainty. So far, experts see signs of relapses, rising overdoses, and other worries.  Think about the number of 12-Step programs that have tried to go “virtual” to continue the import mission in helping various chronic addictions that are ineffective when done remotely.

Researchers say it’s too soon to have definitive data on the pandemic’s effects, but early numbers are concerning. So far, alcohol sales have risen by more than 25%. A recent analysis of 500,000 urine drug tests by Millennium Health, a national laboratory service, also showed worrisome trends for an increase in positivity from mid-March through May as follows:

The reality is that 2020 has delivered a perfect storm of factors that are contributing to a problematic front for opioid misuse and drug abuse, including mass unemployment and the isolation created by stay-at-home orders that interrupted existing care plans and contributed to an increase in mental health issues. In addition, studies reveal that opioid prescription rates for procedures such as hip and knee replacements continue to rise. Prescription rule changes aimed at helping patients during the pandemic may also have had negative effects by opening the door to increased fraud and “doctor shopping.”

What’s more, drug use during COVID-19 can be particularly deadly. As the pandemic hobbled illicit drug supply chains, people with Substance Use Disorder’s sometimes turn to new dealers or unfamiliar drugs — with unforeseen and dangerous consequences. In addition, more people have been overdosing alone, with no one nearby to help. Accordingly public health officials are seeing more overdose cases going straight to the morgue rather than to the emergency department.

Other areas of affected by the punitive Coronavirus lockdowns should have health officials concerned.  Surveys show that reports of anxiety disorder symptoms were about three times those reported in the second quarter of 2019 (25.5% versus 8.1%), and depressive disorder was about four times that reported in Q2 2019 (24.3% versus 6.5%).  In addition, more than twice as many respondents reported serious consideration of suicide in the previous 30 days than did adults in the U.S. in 2018, referring to the previous 12 months (10.7% versus 4.3%).

We need to do a serious evaluation of our Coronavirus strategy to see if indeed the “Cure” as recommended by our Public Officials is worse than the actual effects of Covid19!